Imagine a future where everyone wears augmented reality glasses. This project gives a glimpse into one aspect of that future. When people are shopping/browsing through items, they can get a preview of a specific item that has reviews and more information. This project focuses on books. If a user to look at a closed book, they can get a sort of 'movie trailer' for the book without having to open it to read and find out what it's all about. The book I chose to bring to life was My Side of the Mountain by Jean Craighead George.

My project can be downloaded here. To run this program on a PC, download the folder and open in Unity. Use of webcam is required to view the augmented reality in this project. Display a picture or physical copy of the book of My Side of the Mountain by Jean Craighead George in front of the camera to get the 3D models to pop up. There are buttons you can click on to get more information about the book.

List and credit for all code, sound, models that were used in this project can be found below. 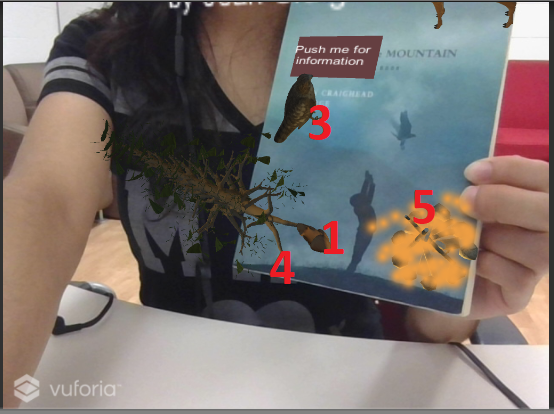 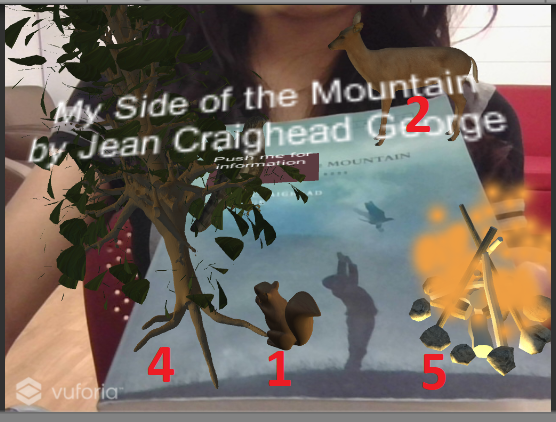 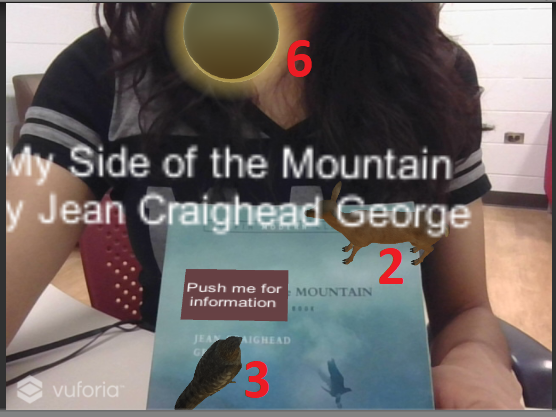 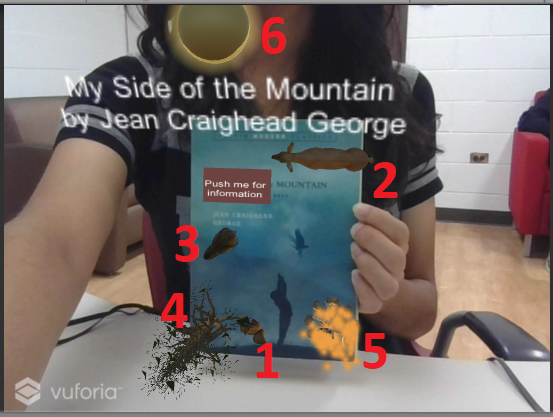 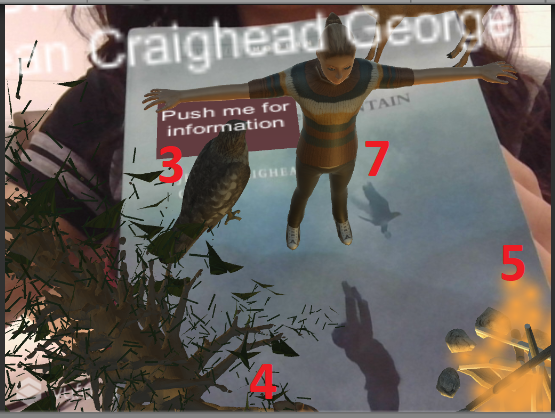 Pressed the button to display the girl character 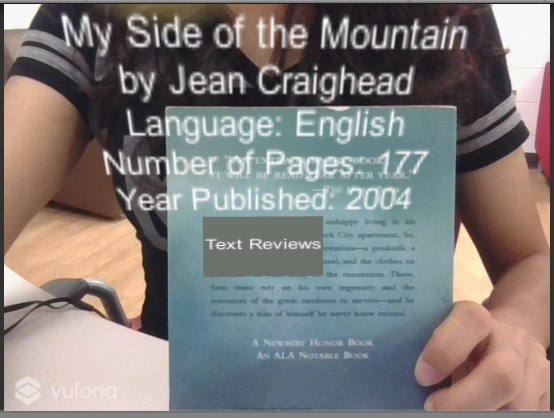 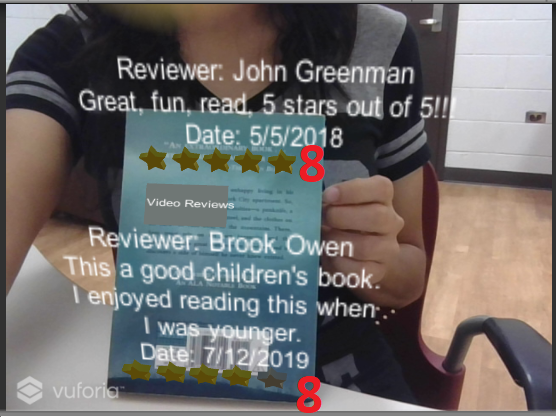 Backcover, button was pressed to display text reviews with ratings 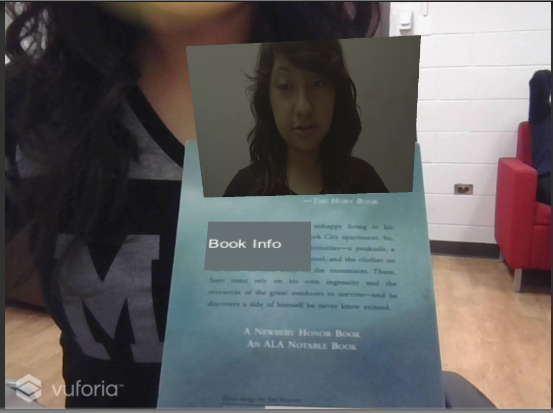 In a future where people wear AR glasses for most of their time during the day as often as people currently wear their smartwatches or check their phone, this kind of application can be useful as a 'movie trailer' for a book. Creating image targets for all kinds of books, all existing books if possible, would allow for a greater use of this kind of technique in book previewing using augmented reality. When people go into a bookstore or a library, they can get a preview of the book without having to open it and read a single page. Users can get ratings, textual and video reviews, a glimpse at the characters in the book, and view a scene from the book in 3D. The features can be expanded to include many more reviews than just what was shown in this project. A scroll feature can be implemented so that the user can scroll through a whole list of reviews that can be filtered and sorted as well. That way the user can look up reviews from people who are in their age group or read what the lowest rated reviews have to say about the book. Those are just some examples of what could be done with this application and the further expansion of some of the features. Another feature that can be implemented is swiping through scenes, so users can view more than just one scene as was shown in this project. That way users can have a better idea of what goes on in this book. Just like a movie trailer shows glimpses of multiple scenes in video format, the same can be done for the book by allowing the user to swipe through scenes to get a bigger picture of what to expect when they read the book. Some of the scenes included can be just one individual character. That character can introduce them self, giving their name, age, some of their favorite things, or other interesting or important facts that the user should know to let the user get more personal with the story and its characters. The characters can also talk about aspects of the book, including the setting, other characters, or simply their take on the whole story. Interaction with the 3D character models can also be included to make the book's 'movie trailer' much more interesting to the user. Using artificial intelligence, we can have the character interact with the user through conversation by listening, recognizing, and responding to the user's speech or have them move through sensing the user's hand gestures and movement and have the character move accordingly to what is happening in the environment. I believe implementing all these features can prove to be a success in creating a 'movie trailer' for books of all kinds in a future where everyone wears AR glasses. To be able to interact and immerse the user in a different world will grab their attention and have them interested in checking out books.